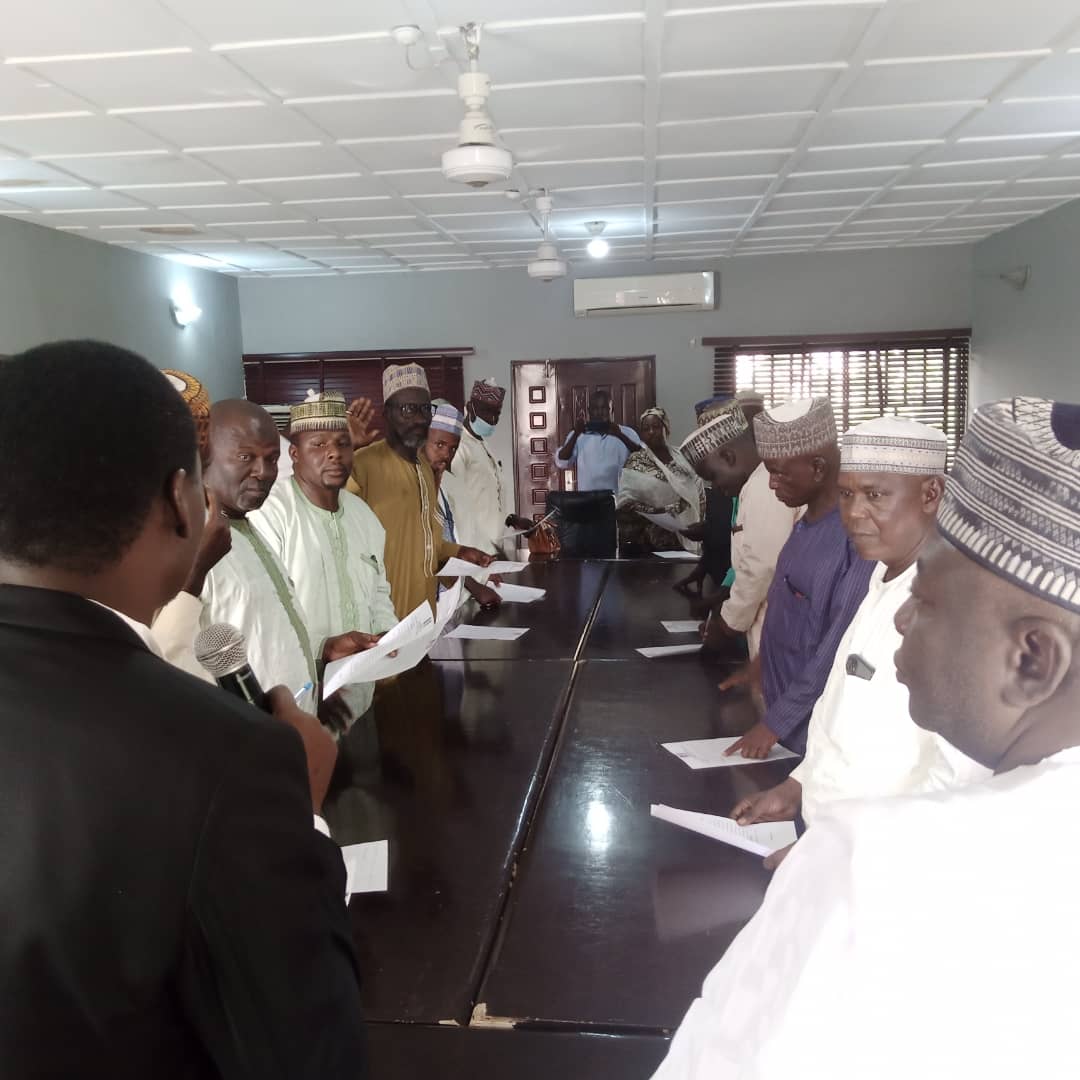 The All Progressives Congress (APC) in Adamawa State has sworn in the local government executives of the party in Ganye Local Government Area with a call on them to place party interest above any individual interest.

The state party vice chairman, southern zone, Alhaji Ahmed Bako Bami who supervised the inauguration ceremony on behalf of the state chairman Alhaji Ibrahim Bilal made the call at the party Secretariat in Yola.

He said the exercise was in compliance with the directives from the party’s State Working Committee (SWC) following the nullification of the inauguration conducted earlier to Ganye local government executives by party.

Alhaji Bako Bami said It is expected that they will swing into action immediately because of the enormous task they have ahead.

He urged the newly inaugurated executives to unite and work for the party and to not allow themselves to be used to bring chaos or confusion in the party.

Addressing the Ganye APC Executives shortly after their inauguration, the member representing Ganye constituency in the Adamawa State House of Assembly Alhaji Alhassan Hammanjoda urged them to carry out their responsibilities with all sense of seriousness.

The Ganye APC vice chairman who is now the acting chairman, Hon. Mathias Augustine who responded on behalf of the rest, assured that they will remain faithful to the party and work hard to make sure that the party consolidates on its popularity across the state.

He expressed their appreciation to the State Working Committee of the party and other APC stakeholders especially Alhaji Sadiq Kalu (Walin Ganye) and Alhaji Alhassan Hammanjoda for the role they have played towards their emergence and pledged to justify the confidence reposed in them.

The All Progressives Congress (APC) Legal Adviser in the State Barrister Idris Sha’ibu who administered the Oaths of Office and Allegiance to the Ganye executives, urge them to hold fast to the Oath they had taken.

The event was attended by seven out of ten ward chairmen of the party in Ganye local government area, among other APC bigwigs 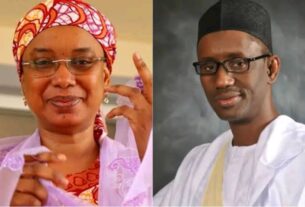 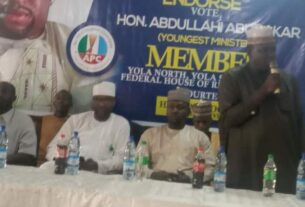 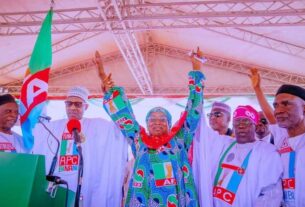