Adamawa State House of Assembly has granted approval to the executive for the virement estimate of over 20 billion naira on both recurrent and capital expenditure for the fiscal year 2022.

The house decision followed a letter recieved from Governor Ahmadu Umaru Fintiri seeking its approval and read on the floor of the house by the speaker Aminu Iya Abbas.
Motion for the consideration and approval of the letter was moved by the majority leader japhet Kefas of Gombi and seconded by the minority leader Muhammad Mutawalli of Girei constituency.

Speaker Aminu Iya Abbas who presided over the session directed the clerk of the house to communicate the resolution to the executive arm for the action.

The house has also recieved report of the auditor general on the accounts of Adamawa state government for the year twenty twenty one 2023 draft annual estimate, interim report of twenty twenty two and proposed work plan for the year year ended twenty twenty three.
Speaker Iya Abbas who presided over the session referred the report to public accounts committee under the leadership of minority leader to scrutinize and report back to the house appropriately.

Also A bill for a law to provide for the establishment of Adamawa State Geospatial Information Services ADGIS has scaled through first and second reading.

The first and second reading of the bill followed its presentation on the floor of the house by its sponsor, Bathiya Wesley of Hong constituency during Monday and Tuesday sittings.

After considering the importance of the bill the speaker of the house Aminu Iya put the motion to that effect into voice vote and unanimously endorsed by the lawmakers present during the sitting.

He thereafter constituted an adhoc committee headed by member representing Verre constituency to scrutinize the bill and report back to the house within two weeks.

Meanwhile, the house has also ordered for the immediate reinstatement of four lecturers sacked by Adamawa State Polytechnic, Yola and directed the Management to appear before it on Wednesday unfailingly.

The house decision followed the presentation of its standing committee on public petition, public service and electoral matters on a plea redress on the dismissal from service of Adamawa State Polytechnic, Yola by Paul Zira Wache, Hamman Wabi Usman, Isa Ribadu and Abubakar Muhammad Babale.

The State Assembly lawmakers, including members representing Numan, Demsa, Verre and Ganye Constituencies after thorough deliberations on the report presented by the Deputy Chief Whip of the house and member representing Guyuk constituency Adwawa Donglock endorsed the committee.

The committee recommend for the house to resolve and mandate the management of the institution to immediately reinstate the affected staff.
The speaker put the motion to that effect into voice vote and unanimously supported by all the lawmakers present during the sitting.
He thereafter directed the clerk of the house to communicate the resolutions to the appropriate authorities for further action. 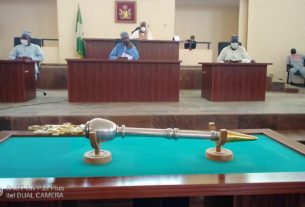 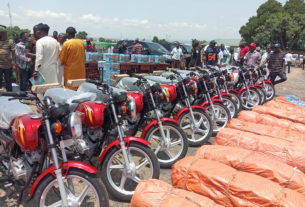 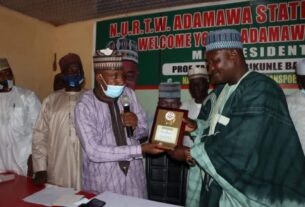