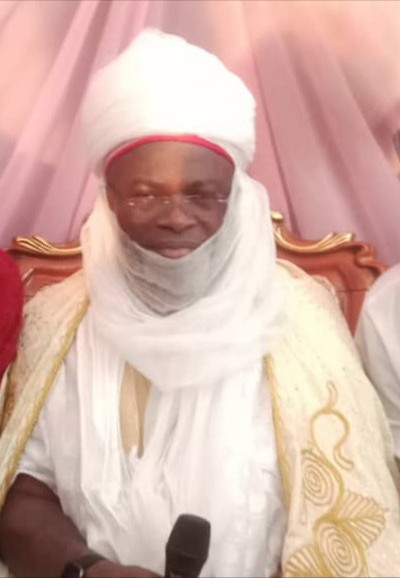 An aspirant to the position of national chairman of All Progressives Congress (APC), Sunny Moniedafe, has been corronated as Jagaba Jimeta.

The position makes him an adviser to the District Head of Jimeta within the larger Adamawa Emirate Council.

Prominent visitors from far and near thronged the Ahmadu Ribadu Square in Jimeta on Saturday for the turbanning of Moniedafe who was born in 1950 in Jimeta, Adamawa’s most prominent district and seat of the state government.

Sunny Moniedafe who said his new title would spur him to serve humanity with greater fervour, thanked the District Head of Jimeta, Baba Paris, for honouring him as Jagaba Jimeta and the Lamido Adamawa, Muhammad Musdafa, for approving his appointment.

He said the district head’s recent strategy which involves identifying and honoring illustrious sons and daughters of his district by conferring titles on them, “has gone a long way in boosting our collective prestige and strengthening our sense of solidarity as a community.”

Though Sunny Moniedafe was born to Urhobo parents, he has lived all his 65 years on earth in Jimeta in Yola North local government area, speaks Hausa and Fulfulde, and beliefs in a Nigeria where everyone should feel at home wherever they find themselves.

Speaking on the occasion, 82-year-old Bashiru Tukur who was the Father of the Day, spoke of how he knew Moniedafe ‘even before Moniedafe was born’ and how Monedafe’s father, Eziekel Moniedafe, was Yola Province’s first photographer when he arrived Jimeta in 1950, and how the Moniedafes integrated beautifully into the Jimeta social system.

He said he could attest to the fact that the freshly turbanned Jagaba Jimeta was a ‘Kota’ all his life and has no other town to call his own but Jimeta,” adding, “the coming of Jagaba Jimeta in Sunny shows the way we wish Nigeria to be: one assimilation of all our ethnic nationalities and one united nation.” 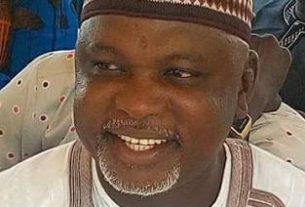 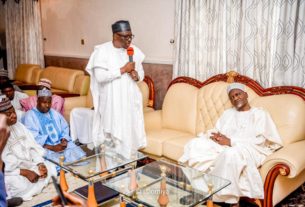