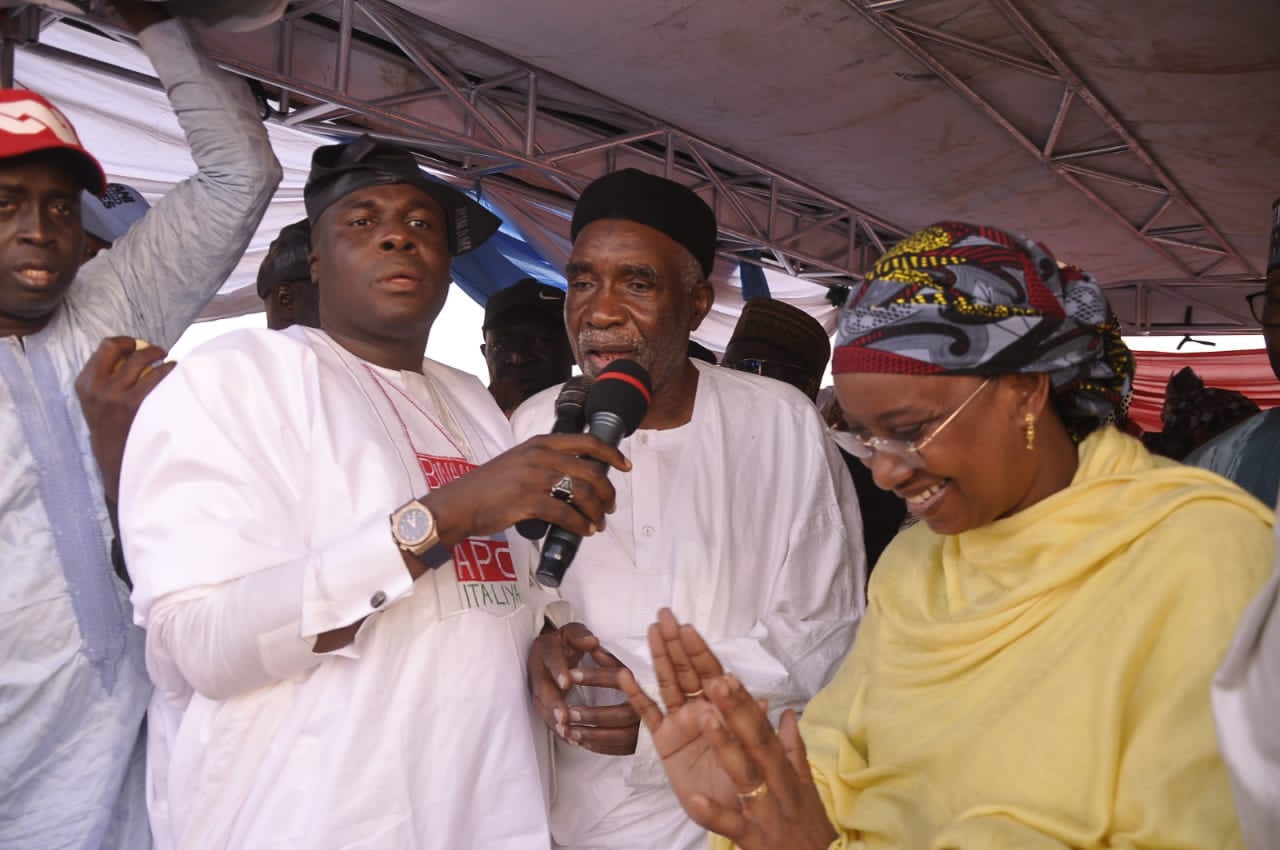 Nyako made the endorsement in Mayo Belwa when the Binani/Ganama campaign team stormed the area in its state-wide campaigns.

Mayo Belwa local Government area is one of four local government areas that constitute the federal constituency currently represented by Abdulrazak Namdas, and is one of the nine LGAs in the Southern zone of the state.

The Binani/Ganama campaign team is ensuring that it reaches all the electorate in the 21 LGAs of the state.

Mayo Belwa, the home LGA of Murtala Nyako is the fourth LGA the campaign train is visiting so far since the commencement of its state-wide campaigns, after earlier being in Toungo, Ganye and Jada.

In all the places, people turned out in large numbers to recieve senator Binani and her team chanting sai Matan nan.

Murtala Nyako called on the electorate to vote for Binani as Governor of the state in a bid to eradicate poverty, development for all and improve economy.

He said voting for leaders like Binani will bring unity of purpose among the diverse cultures of the citizens.

Senator Aishatu Ahmed Binani thanked people of Mayo Belwa for the show of support, saying if given the mandate she will not disappoint them but consolidate on the gains of former Governor Nyako.

Former chairman of the Peoples Democratic Party in the state Mijinyawa Kugama, calling on people of Mayo Belwa to vote for Binani and all APC candidates, assured the campaign train of the support of the people. 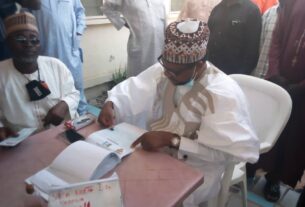 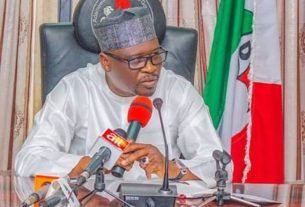 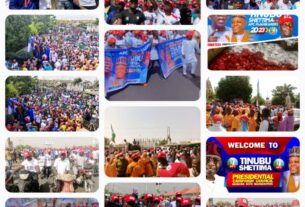